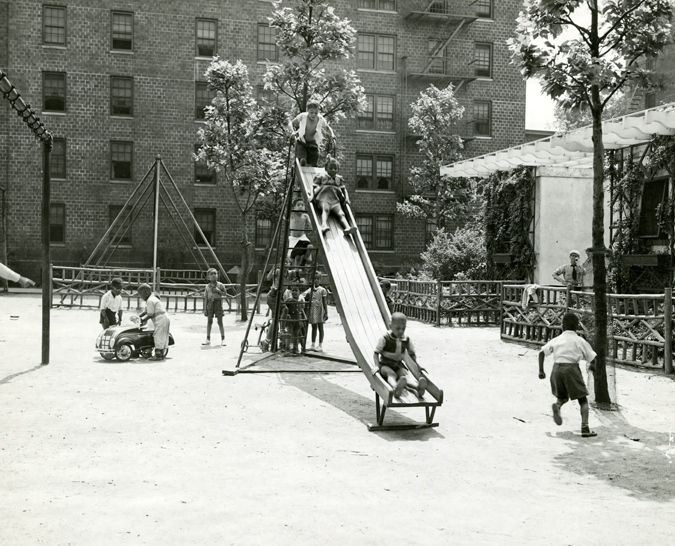 The New Jersey Law Against Discrimination (LAD) prohibits discrimination when selling or renting property. The law covers owners, agents, employees and brokers and makes it unlawful to refuse to rent, show or sell property based on a person's race, creed, color, national origin, nationality, ancestry, marital status, domestic partnership or civil union status, familial status, affectional or sexual orientation, gender identity or expression, sex, or mental and physical disability, including AIDS and HIV-related illness. In addition, the LAD prohibits discrimination in the housing context based on one's source of lawful income or rent subsidy.

Zoning to permit affordable housing has been a contentious issue affecting home rule and land use decisions in all of New Jersey's municipalities. In 1972 legislation was introduced (and defeated) after exclusionary zoning suits were filed against several New Jersey suburbs. In 1975 the state supreme court issued what would be the first of its Mount Laurel decisions directing municipalities to provide a "fair share" of affordable housing in their region. Mount Laurel II in 1983 again reinforced the decision that zoning regulations that do not "provide the requisite opportunity for a fair share of the region's need for low and moderate income housing conflict with the general welfare and violate the state constitutional requirement of substantive due process and equal protection" (Chief Justice Robert Wilentz). After Mount Laurel II three trial court judges were made responsible for handling fair housing litigation and it also introduced the "builder's remedy" whereby a builder could challenge municipal zoning in order to increase housing density if they could show that a municipality was not in compliance with its affordable housing obligations.

Seeking a way for municipalities to meet their fair housing obligations outside of the court system the legislature passed the Fair Housing Act in 1985 which established COAH (the Council on Affordable Housing) as the entity charged with devising fair share numbers and compliance procedures. The Fair Housing Act and COAH reduced the number of mandated affordable housing units and also moved many of them out of the suburbs and back to the cities by allowing municipalities to "buy out" of their obligations by subsidizing affordable housing units in other municipalities. It also limited the number of renters and buyers from "out of town" and also  allowed municipalities to use half of their fair housing share for low income seniors.

In 2008 the Fair Housing Act was revised to eliminate the loopholes and to add a 2.5 builder fee to support affordable housing in municipalities. In 2011 the Fair Housing Act was revised again, eliminating COAH and oversight of fair housing was given to the Department of Community Affairs. In 2012 Governor Christie issued and executive order eliminating COAH. The court reinstated COAH claiming that the governor did not have the authority to abolish the group. In response the governor failed to fill positions on the Council and saw that it didn't meet. In 2015 the Supreme Court recognized that COAH had failed in its responsibilities and moved oversight of fair housing back to the Superior Court where it had been before the Fair Housing Act.